FIRMM is an independent software system, installed on a Linux station. Receiving in parallel with the acquisition, the MRI data reconstructed in real time, the software evaluates, displays and saves the estimates of the subject’s movements (see diagram below). 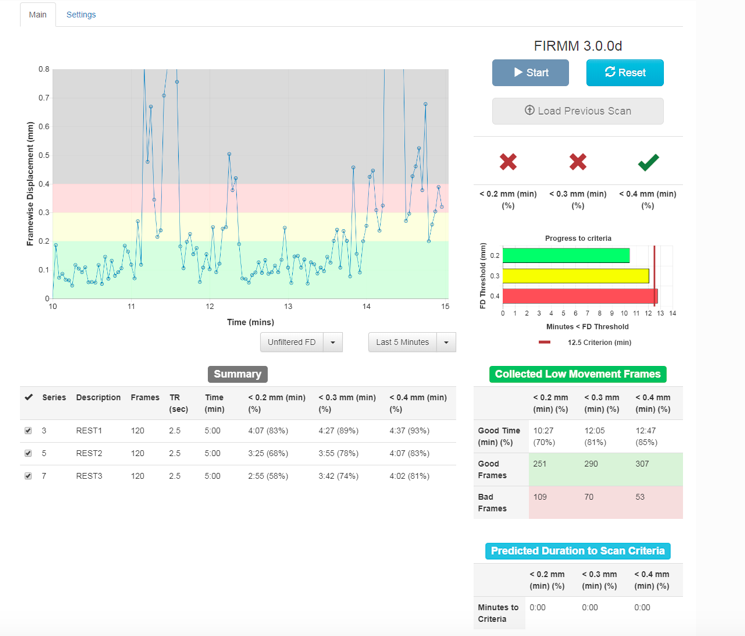 Link toward the PDF presentation of FIRMM

FIRMM must be launched for each subject, according to the following procedure:

On the “Syngo MR” station (Windows):

This activates the transfer of images to the “mri-server” computer (left against the wall) for the subject in question. 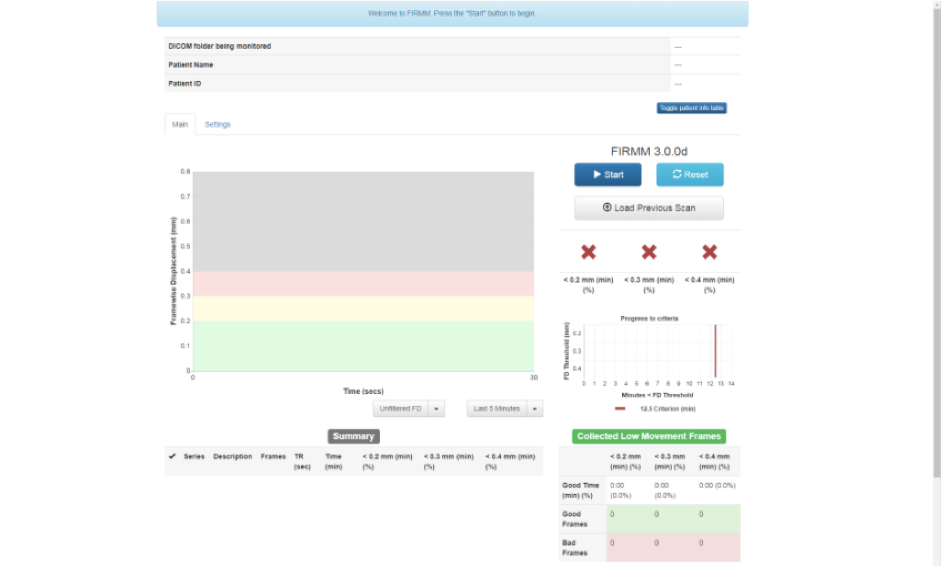 On the top right panel, the following buttons are present:

Click on “Start”: a pop-up window will appear asking you to choose the folder to select. If the expected subject is not proposed, wait a few moments: a scan must be transferred to the server for the subject in question to be visible by FIRMM).

Once the data has been received, FIRMM starts to evaluate the movements and displays them on the scrolling graph .

Link toward the PDF presentation of FIRMM