The visual stimulation / oculomotor data collection environment is based on the complementarity of two high-level equipment : the PROPixx video projector from VPIxx Technologies and the EyeLink 1000 Eye-Tracking system from SR-Research.

The PROPixx is a very high performance video projector specifically designed for research in psychophysics of vision. Based on a high brightness DLP LED technology, the PROPixx provides a particularly wide range of colors, a large bit depth and high frequency colour stimulation. Its characteristics are as follows: 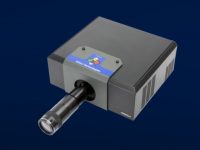 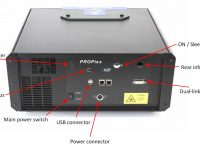 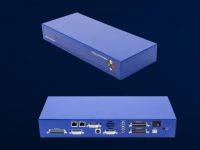 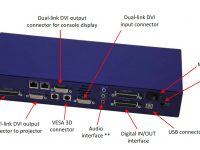 The long-focal optics have been specifically calibrated to optimize the field of view at the projection screen behind the magnet tunnel.

Distributed by SR-Research, the EyeLink 1000 system is a reference in the field of oculomotor data recording.

The EyeLink 1000 System consists of the following components:

The remote sensor is connected to the camera via an optical fiber passing through one of the Faraday Cage Wave Guides.

The light source and the sensor are powered by the two filtered sources. 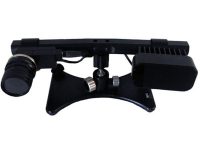 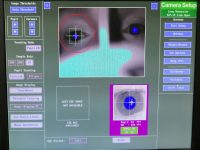 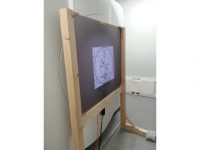 The screen mount behind the magnet tunnel 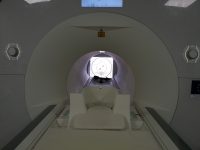 The EyeLing system is permanently positioned on the screen support behind the magnet tunnel and detached from the magnet. Placed correctly in its marks on the ground, this support ensures a visual field (on a 1080 x 1080 square area) of 20°, outside the area covered by the EyeLink elements. In this configuration, the settings of the Eye Tracking system are minimal…